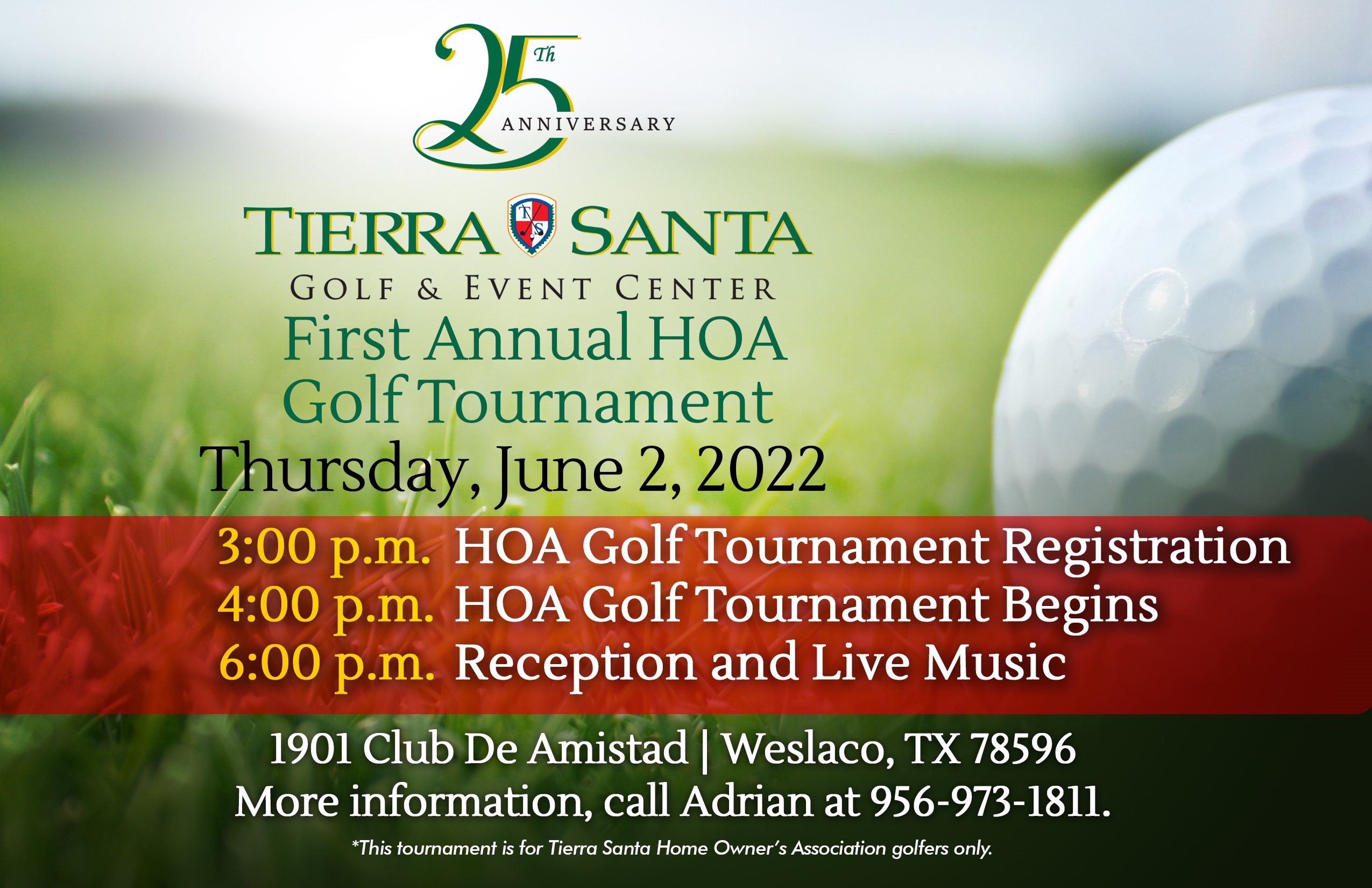 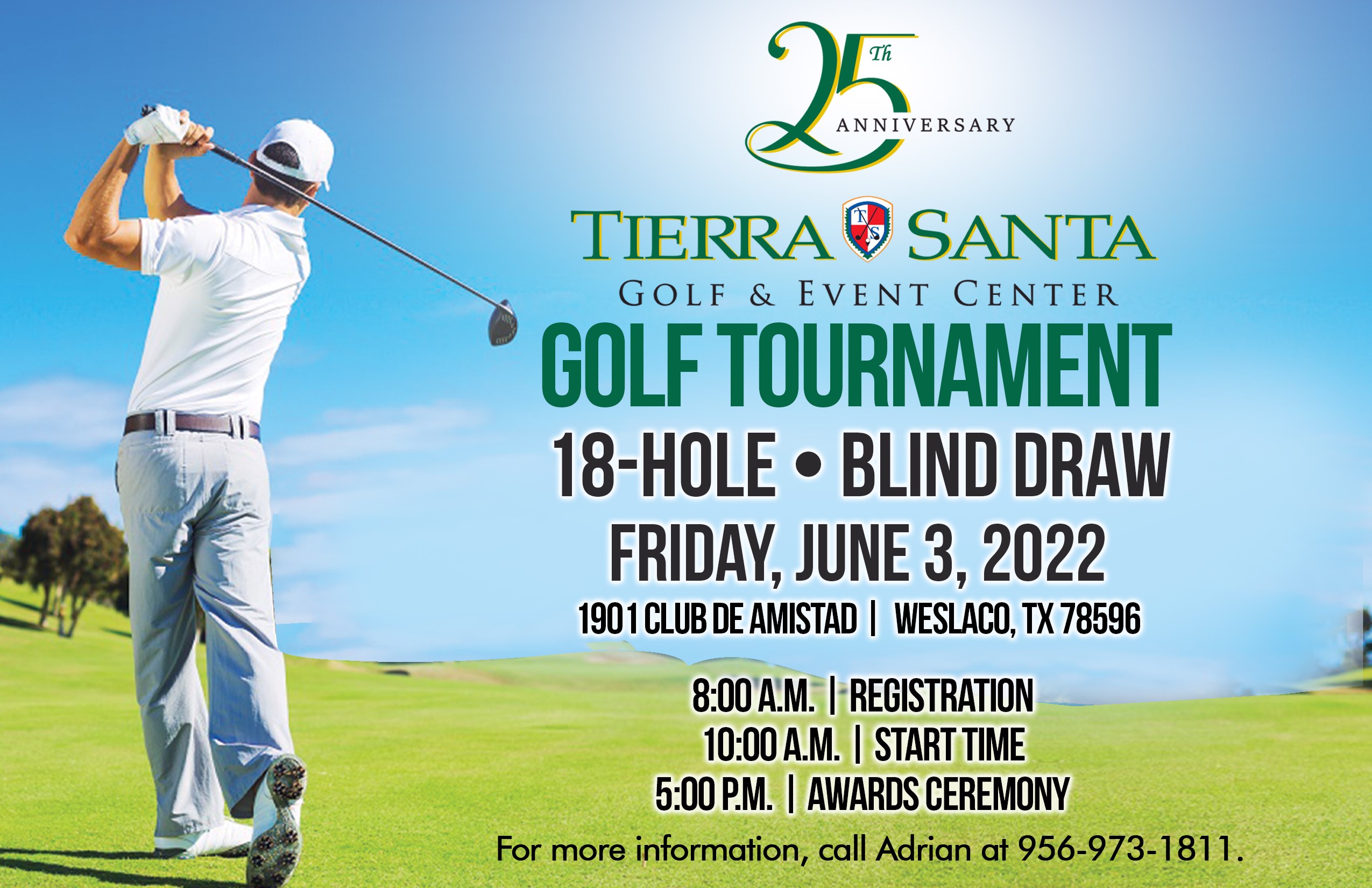 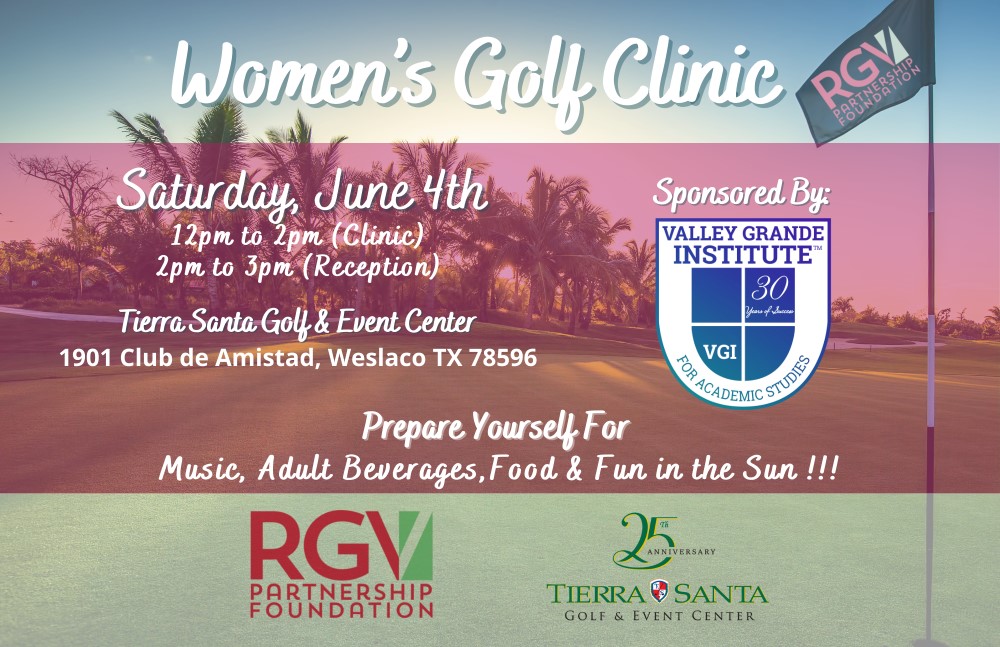 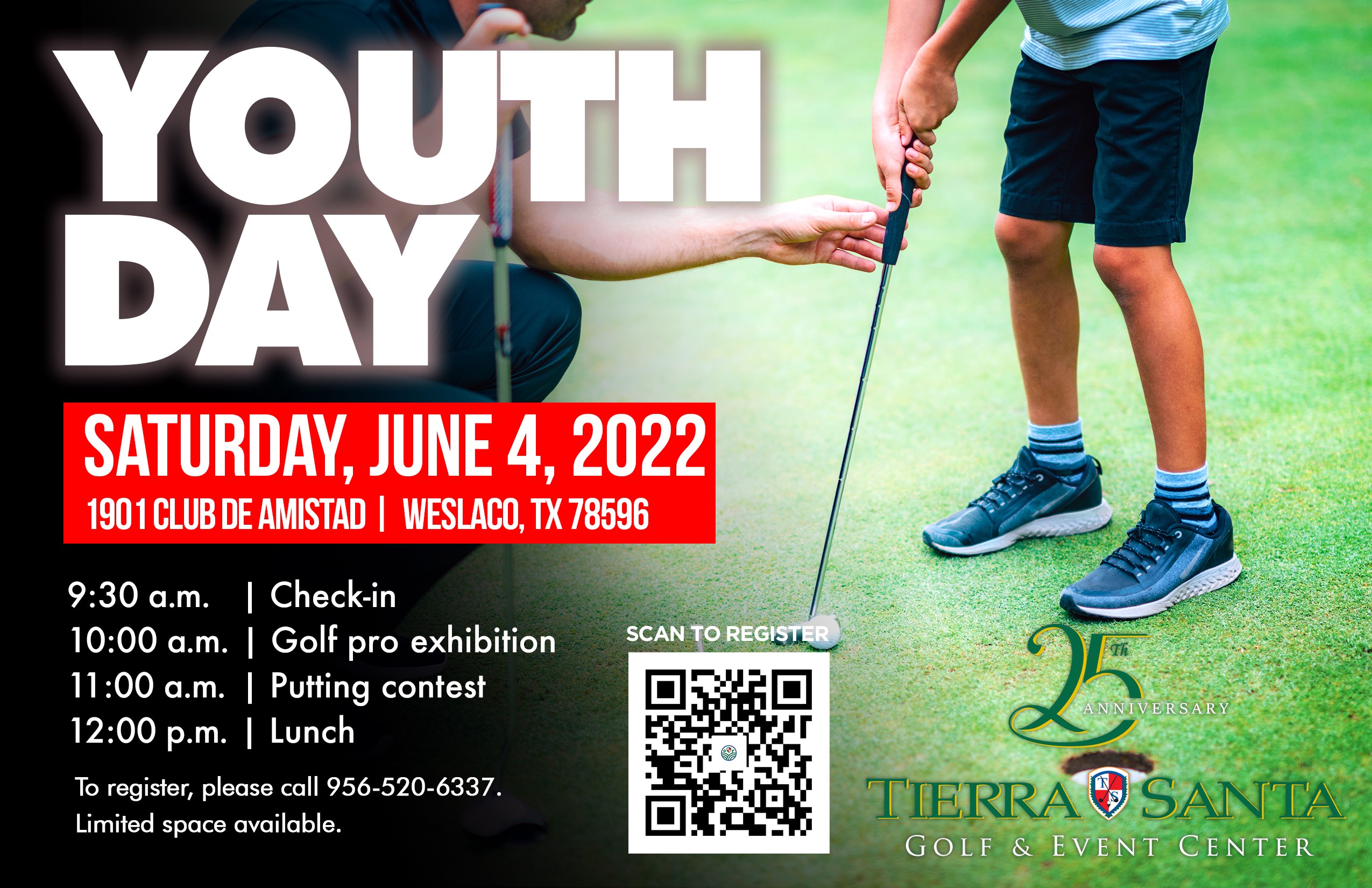 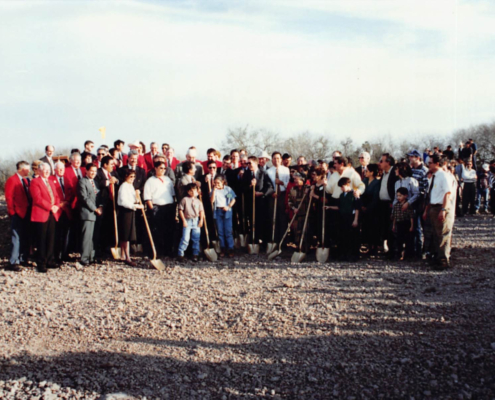 There’s no easy and simple way to compress 25 years of historical context when telling the story about a man and his family. This is a testament to a family who has endured countless personal challenges and sacrifices, yet always placed principle above personal gain, while they preserved a sacred sense of community.

Over a time span of 25 years, attorney Ezequiel Reyna has transformed the Tierra Santa Golf Course from a mere dream into a collective source of pride for the Reyna family and the entire Weslaco community. Welcome, and thank you for joining us in celebrating what marks the silver anniversary of the Tierra Santa Golf and Event Center.

In 1993, the City of Weslaco formed a committee to explore the feasibility of designing a public golf course that the city would develop and build. The city’s committee began sending out a request for proposals to local landowners to submit their property for the potential new golf course, and Mr. Reyna received one of those requests. At the time, Mr. Reyna was a practicing attorney and had no prior experience developing or owning a golf course. Still, he imagined the possibilities and saw a win-win opportunity that would benefit not just his family, but the entire community.

After approximately a year and a dozen other submissions by property owners, the city’s committee chose Reyna’s 200 acres as the ideal location for the proposed new golf course. Reyna and the city entered negotiations for the purchase price of his property. Yet, towards the end of 1994, they informed him that the City of Weslaco would not be able to afford the costs associated with designing and developing the course and asked if he would be willing to donate his property. After putting the matter to a family vote with his wife and three young children, the decision was unanimous: the Reyna family would donate their 200 acres to develop the Tierra Santa Golf Course. 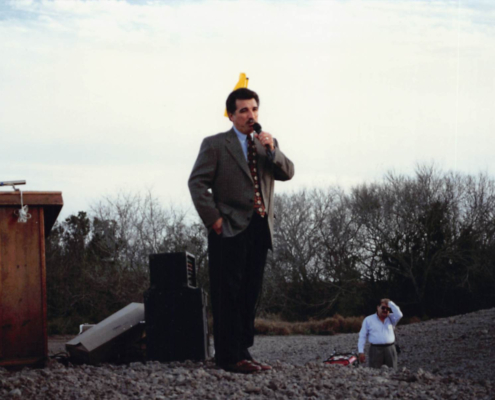 A Commitment to his Community

After the decision was made to donate his property, it became clear to Mr. Reyna that his family’s involvement in the project would have to go beyond just donating the land. The City of Weslaco came back to him after about six months and asked him to do a residential development around the golf course. Shortly after that, they approached him again and asked if he would take on the entire project himself, as the city did not have the financial wherewithal to be able to sustain the development and construction of this operation. Reyna’s background and expertise did not include developing a golf course or housing or owning and operating such a project. But, being ever the optimist, Mr. Reyna, a proud self-described “Weslaco kid,” knew that the Tierra Santa project would be of benefit to everyone, so they decided to take on the entire project despite it being a significant undertaking. 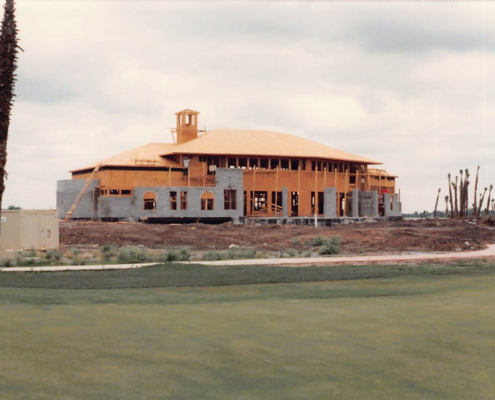 A True Labor of Love

Reyna’s involvement in Tierra Santa from that point on was a true labor of love. Tierra Santa has been a fantastic journey for the attorney who never intended to be a golf course developer, owner, or residential builder. In many ways, the golf course and residential development have become one of the gems of the City of Weslaco and the entire Rio Grande Valley – and it’s all because Reyna had a heart for his community and saw an opportunity to do something good. As Mr. Reyna said, “It has been an incredible experience for our family to participate in the development of Tierra Santa. Not just because of what Tierra Santa has meant to Weslaco, but because it’s become a vehicle for so many activities, particularly fundraising activities for charitable organizations throughout the whole Valley.”

Tierra Santa has played host to countless projects that have benefitted the community over the years. As Mr. Reyna sees it, part of the appeal is that it is 100% privately owned, and they’re able to make decisions on the spot, instead of having to go through committees or boards that may not even be in the Valley for approval. He explains, “With us, they’ll come and have lunch, and we’ll make the decision right then and there. So, we’re easy to work with.” Tierra Santa lends itself to a variety of activities due to its size. They’re expanding their physical facilities that complement the golf course to accommodate the many organizations that want to work with them. “We’re building this golf course and its accompanying facilities to accommodate growth for the next 50 to 100 years,” said Mr. Reyna.

Another wonderful byproduct of Tierra Santa is the opportunity it has afforded young people in the Valley to learn and participate in playing golf – who never would have otherwise been able to. Many have gone on to play golf in college and even at the professional level. Reyna is proud of that, as he said, “It’s always exciting to have young adults come over and say, ‘Mr. Reyna, I got a scholarship at so-and-so school, so thank you for Tierra Santa because it helped me believe in myself.’” 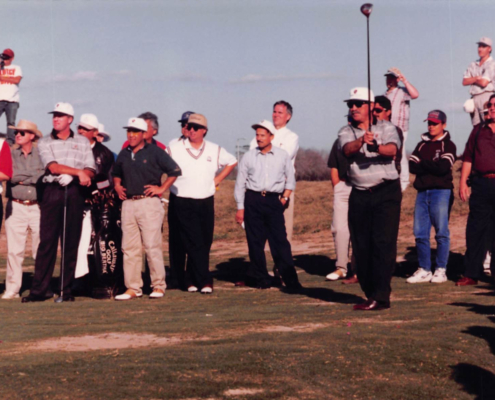 Ezequiel Reyna understands that as rewarding as the last 25 years have been, the one constant is change, so the Reyna family is making substantial investments in the future of Tierra Santa. Part of this involves the construction of a new restaurant at Tierra Santa, called Tony’s Grill, named after Mrs. Reyna’s late father, A.N. “Tony Rico” and the expansion of a golf pro shop and new event center. All these additions are meant to enhance Tierra Santa and the experience of all those who visit. The goal is to maintain the quality of service and the standards of excellence well into the 21st century.

Tierra Santa isn’t just about golf; it’s about people and community. As Mr. Reyna described, “We’ve had incredible support from everyone, from the City of Weslaco itself to the surrounding school districts, and the growing number of neighboring communities.”

Tierra Santa is a golf course worthy of world-class renown; with impeccable amenities typically found in much larger metropolitan markets, though proudly built and present in our home, the Rio Grande Valley.

The fact that Tierra Santa is still immaculate after 25 years is definitive proof of its design, development, and continuous maintenance. In short, further evidence of the dedication of a man and his family to that which always places principle above personal gain.